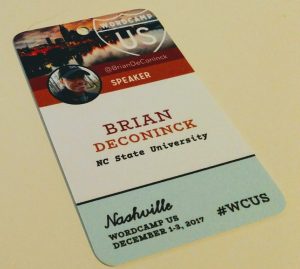 At WordCamp US 2017, WordPress founder and development lead Matt Mullenweg made a much-anticipated announcement: WordPress version 5.0, which will contain the new Gutenberg editor, is expected to be released in October 2018.

We don’t know for sure that it will really happen in April—after all, big changes often come with project delays. But for now we’re operating under the assumption that April 2018 will mean a new WordPress editor and a big adjustment for our users.

Today, I’d like to talk a little about what OIT Design & Web Services is doing to prepare for this release.

If you have no idea what the last couple of paragraphs were about, here’s the quick overview: 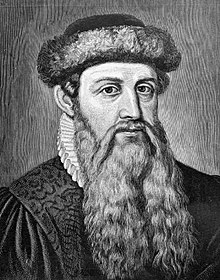 Gutenberg is the next-generation WordPress post and page editor, replacing the Visual Editor. The Visual Editor has been the default editor since version 2.0 was released 12 years ago, so this is a big deal.

Gutenberg takes some inspiration from popular web building services like Squarespace, Wix, and Medium by introducing a powerful new block-based interface that opens up new possibilities in layout and design. Gutenberg content blocks are intended to solve natively in WordPress some of the problems that have motivated shortcodes, Advanced Custom Fields templates, and page-building plugins.

At WordCamp US, Gutenberg development lead Matías Ventura did a live demo during the annual “State of the Word” session. It’s worth checking out (starting at about the 35 minute mark):

For developers, designers, and content creators, there’s a lot to be excited about.

But it’s also a major change to a central experience in WordPress. Other recent changes have impacted features that most users only touch occasionally. Gutenberg, on the other hand, will fundamentally alter how our content creators use WordPress on a daily basis.

Again, there’s a lot to be excited about. But there’s also a lot of work to be done to prepare our themes and plugins to work with the new editor, and to train campus users on the new interface so they can hit the ground running when it’s released.

Planning for the transition

In the coming months, we’ll be doing a lot to help ensure a smooth transition to Gutenberg at NC State.

We’re also already working on some custom content blocks for the new editor (increasingly known in the WordPress community as Gutenblocks). These will be similar to the shortcodes we built in our NC State Shortcodes plugin, and will help make it easy to create NC State-branded content. If you’re interested in collaborating with us on that project, let us know!

We’re working with OIT’s training coordinator, Katie McInerney, on developing new training workshops for the transition period. Workshop descriptions are below, and you can register now through REPORTER:

Intermediate WordPress: Gutenberg for Content Creators
In WordPress version 5.0 (anticipated April 2018), “Gutenberg” will be officially released. Gutenberg is the next-generation WordPress post and page editor, replacing the Visual Editor that has been the default editor of WordPress for the last 12 years.

Gutenberg takes some inspiration from popular web building services like Squarespace, Wix, and Medium by introducing a powerful new block-based interface that opens up new possibilities in layout and design. In this workshop, attendees will get to know Gutenberg, learn how to build block-based posts and pages, and get helpful tips and tricks so they can hit the ground running when Gutenberg is officially released.

Prerequisites: Have attended OIT’s “Basics of WordPress” workshop, or otherwise have experience creating and editing content in the “classic” WordPress editor. WordPress power users (eg. campus communicators and others responsible for frequent web updates) are encouraged to attend.

Intermediate WordPress: Gutenberg for Site Administrators
In WordPress version 5.0 (anticipated April 2018), “Gutenberg” will be officially released. Gutenberg is the next-generation WordPress post and page editor, replacing the Visual Editor that has been the default editor of WordPress for the last 12 years.

Gutenberg is a dramatic change from what we’re used to, and dramatic changes often mean lots of user questions. In this workshop, we’ll talk site administrators through their options when version 5.0 is released, and help them prepare for Gutenberg with data from user testing.

Prerequisites: Administrator or super-admin role on a campus WordPress website. Administrators who support other users in their unit are encouraged to attend.

Register now! And be sure to share these with any colleagues who you think may be interested.

We also have an all-day campus web developer “retreat” in the works:

Advanced WordPress: Gutenberg Development
In WordPress version 5.0 (anticipated April 2018), “Gutenberg” will be officially released. Gutenberg is the next-generation WordPress post and page editor, replacing the Visual Editor that has been the default editor of WordPress for the last 12 years.

Gutenberg marks a big step in WordPress’ transition toward JavaScript and “block”-based content. Developing for Gutenberg will look a little different than the PHP-based shortcodes and metaboxes we’re used to.

In this all-day “developers retreat” workshop, we’ll walk you through creating your first custom Guten-block, block templates in custom post types, and how you can use custom blocks to create advanced, campus-branded content. Everyone will leave with hands-on experience writing custom blocks.

Gutenberg will mean some big changes next year, and there are a lot of moving parts. If you have any questions or if you just want to talk through what Gutenberg might mean for your site, stop by our office hours or email us at oitdesign@ncsu.edu.